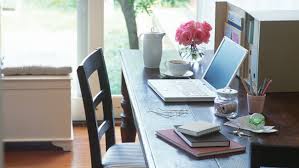 by Nicola Bourne ~ published in The Stockholm Review of Literature, Issue 21 ~ 14th July 2019 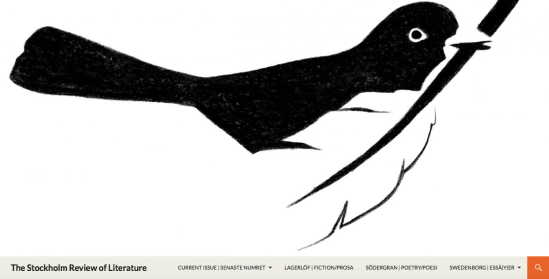 Something’s different. Approaching the beach I feel it immediately. There’s something unknown, like a song caught on a breeze that you can’t quite hear. The wind whips my hair, slapping me across my cheeks. Salt is thick in the air, it tastes as bitter as the cold, but even so, a large crowd has already turned out.

I came as soon as I heard, running from my stall in the harbour, not even considering that I was leaving it wide open. The man in front of me rushes, accidentally kicking a child’s crab bucket over, causing crying from the boy and crabs to slip all over the walkway, unable to tell the direction of the sea. We scurried away from the harbour, to the point where industry gives way to wide beaches flanked by lawns, promenades and the suntrap making windbreakers. And then ¾ she was there. A demonstrative humpback whale beached on tiny pebbles.

There’s no blood. That’s the first thing I think. I don’t know why I had assumed there would be. Actually, I lie. There’s no blood was my second thought, my first was a half-formed thing ¾ a shock, a sharp intake of air, the size!

How I Killed Her: Confessions of an Anglo-Indian Girl

When I was seven, we had a girl from the fishing fleet come to stay with us, although Mother told me that I must never refer to her as being a “fishing fleet” girl.
‘So, she’s not coming to find a husband?’
‘Well if she finds a husband that will be lovely, of course, but “fishing fleet” is such an unsightly term.’
Knowing women come to India to meet a husband was as normal as me knowing that because I was born in India, I wouldn’t be allowed to marry a high-ranking officer, but I knew better than to ask Mother the same question twice.
Sarah was beautiful. Her skin was the colour of milk, not like mine, which continually looks like it has been tinted no matter how much I keep myself covered in the shade. Mud brown I once heard someone call it.
Sarah remained in the shade. Everywhere she went she carried a small white umbrella. ‘To protect my décolletage,’ she used to say. She would always pronounce décolletage with a slight French accent that made her sound even more beautiful.
Décolletage.
Décolletage.
I would roll the word around my mouth trying to perfect the sound as I stood in front my mirror, holding my brush above my head as if it was a parasol and flicking one of Mother’s scarfs over my shoulder. The sun can be so drying on one’s décolletage, I would say, imagining I was casually strolling through a street in Paris.
I loved it when the fishing fleet boats arrived. There was a buzz in the air when new girls landed. Sometimes they would be coming back having been to school in England, some already had family here but sometimes they just wanted to something different. No matter what brought them out, once here they had one thing in common: their want to marry a British man.

We didn’t usually have fishing fleet girl’s staying with us, they would stay at their family home, or maybe at The Club my Grandparent’s ran, but Sarah was the youngest sister of my father’s friend and their mothers knew each other.
‘What’s my Grandmother like?’ I asked Sarah once.
‘You’ve never met her?’
‘No. She says India is too far and it wouldn’t suit her con-siti-tu-tion.’

Continue reading ‘How I Killed Her: Confessions of an Anglo-Indian Girl’ by Nicola Bourne on Clover & White… 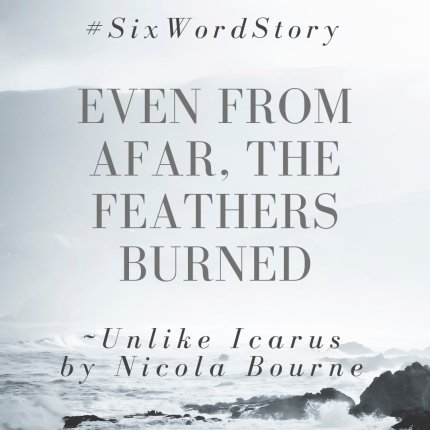 by Nicola Bourne ~ 8th June 2018 ~ Originally published on The Selkie

They say when someone dies they leave a hole in your heart, but I don’t think that’s true.

Instead, they add something to your heart. It has the shape and weight of a large boulder, and it’s forever in the way. It makes it hard for your heart to keep working. Hard to breathe. I tried explaining that to a woman at work, and she told me about someone her friend knew who had a tumour inside their heart the size of a pea. I think she thought that would help. Empathising by sharing a parallel story. They did both involve hearts. Maybe the emphasis was lost over text message.

That is why I bought him online.

Read the rest of Connected by Nicola Bourne…

Please tell me what you think….. Cancel reply